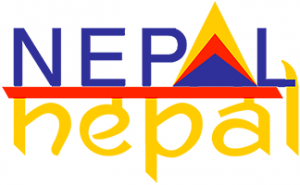 10 places to visit in Pokhara, Nepal

Pokhara, the largest city of Nepal in the area, is located 200km west of the capital, Kathmandu. Regarding population, it is the second-largest city of Nepal. It is a headquarter of the Kaski district. It is surrounded by three of the world’s ten highest mountains- Dhaulagiri, Annapurna, Manaslu. The main ethnicities of the Pokhara region are- Gurung, Bahun, and Chhetri, Khas Nepali, Magar, Newar, and the major religions are- Hinduism, Buddhism, Muslim, Christian. And the region has a humid subtropical climate.

Since Pokhara is a significant tourist destination in Nepal, there are many places to visit during your stay in Pokhara. It has different places with nature’s beauty, different medieval era temples, trekking areas, and many more. Some of the places to visit in Pokhara are listed below.

It is the most visited place in the county which is located in the Pokhara valley region. It is also the second-largest lake in the country. The Barahi temple is in the center of the lake, as like an island in the Phewa lake. The Annapurna, Dhaulagiri, and Machhapuchhre show their mirror-like reflection in the Lake. It is an excellent place to go boating at a slow pace and have peace with nature’s beauty. We recommend visiting Pokhara during October to get the best of the valley.

It is 2 km south of Pokhara airport. The Pardi Khola river coming from Phewa lake disappears deep underground in the form of Devi’s fall. The Devi’s fall tunnel is approximately 500ft long and runs 100ft below the ground level. In Nepali, it also means “underworld waterfall.” It is the major attraction place for tourists and local peoples. Many visitors throw the coin on the statue of God and try their luck. Similarly, we can find a figure of   Nepali people wearing traditional Nepali dresses and where visitors can click a photo. We can visit Devi’s fall from 5 am to 7 pm with an entry fee of 30 Nrs.

It is located right opposite of Devis Fall. The cave was discovered in the 16th century, is Nepal’s most famous cave it is considered to be the longest cave in  Nepal which is around 2950 meters. The way around the cave is dark, so you must use torches. About 40m inside the cave you will find the statue of Lord Shiva. This cave gives an idea of how saint meditates in ancient times. The cave opens from 9 am to 6 pm and the entry cost of 100rs.

Sarankot is a formal village situated in the North of Pokhara. This village lies at an altitude of 1600m on Sarankot mountain where we can view Dhaulagiri, Annapurna, Manaslu mountains as well as cities of Pokhara and Phewa lake. This place is renowned for paragliding. The place is famous for sunrise and sunset view and a clear view of the Dhaulagiri range. We can reach this place easily by 45 minutes by a car ride and 45-minute hike up to the viewpoint. It is also one of the famous picnic spots in Pokhara.

Bindhyabasine is the oldest temple situated in the Bagar of Pokhara valley at the height of 3000 ft above from the sea level. This temple is of Goddess Bhagwati, one of the powerful goddesses in Hinduism. It is one of the famous Shaktipiths. This temple is also in a pagoda-style. Many people visit this temple for the marriage ceremony, Bratabandha, a Hindu ritual. You can have a panoramic view of the city from the temples peripheral. During the festival of Dashain, the temple is mostly crowded.  It is one of the famous Historical places of Pokhara.

Mahendra cave is situated in the Pokhara valley close to the Seti river. It is the largest limestone cave in Nepal. Inside the cave, you can find the statue of Lord Shiva. This place lies in a  full of greenery. You can visit to bat cave within 10 minutes by foot from this place. This place was named after Mahendra Bir Bikram Shah Dev, King of Nepal. The best season to visit this place is during October. However, you must avoid visiting this cave during the monsoon. The entrance fee is 100 NRs for local tourists. It is one of the famous historical places to visit in Pokhara.

It is the historical place located on the south-east side of Phewa Lake in Pokhara. The temple is designed in pagoda style. Both Hindus and Buddhists worship the temple. Taal Barahi temple was built in the 18th century and dedicated to Lord Bishnu. It is also known as the Lake temple or two-story temple. It is one of the famous historical places of Pokhara. The entry to this temple is free.

Begnas lake is located in the south-east of Pokhara valley. It is the second-largest lake in Pokhara and is the third-largest lake in Nepal. It is the favorite destination for tourists. We can reach the Begnas lake by bus from Pokhara to about 40 minutes. This lake supports irrigation and Fisheries. The water of the lake changes depending on the season.

Shanti Stupa is located in the Pokhara at the height of 1100 meters on the Anadu hill. Shanti Stupa means Peace Pagoda which was built for the symbol of peace. This place provides a panoramic view of the Annapurna range, and you can get a full view of Phewa Lake.

Every year thousands of tourists visit Pokhara to see its natural beauty and unique culture. The tourist travels around the country to see the new things...
Read more

Nepal is a socially, culturally, and religiously diverse country. Nepal is a land full of blessings by nature. Nepal is one of...
Read more
Load more

Newspaper is your news, entertainment, music fashion website. We provide you with the latest breaking news and videos straight from the entertainment industry.

We use cookies to ensure that we give you the best experience on our website. If you continue to use this site we will assume that you are happy with it.Ok