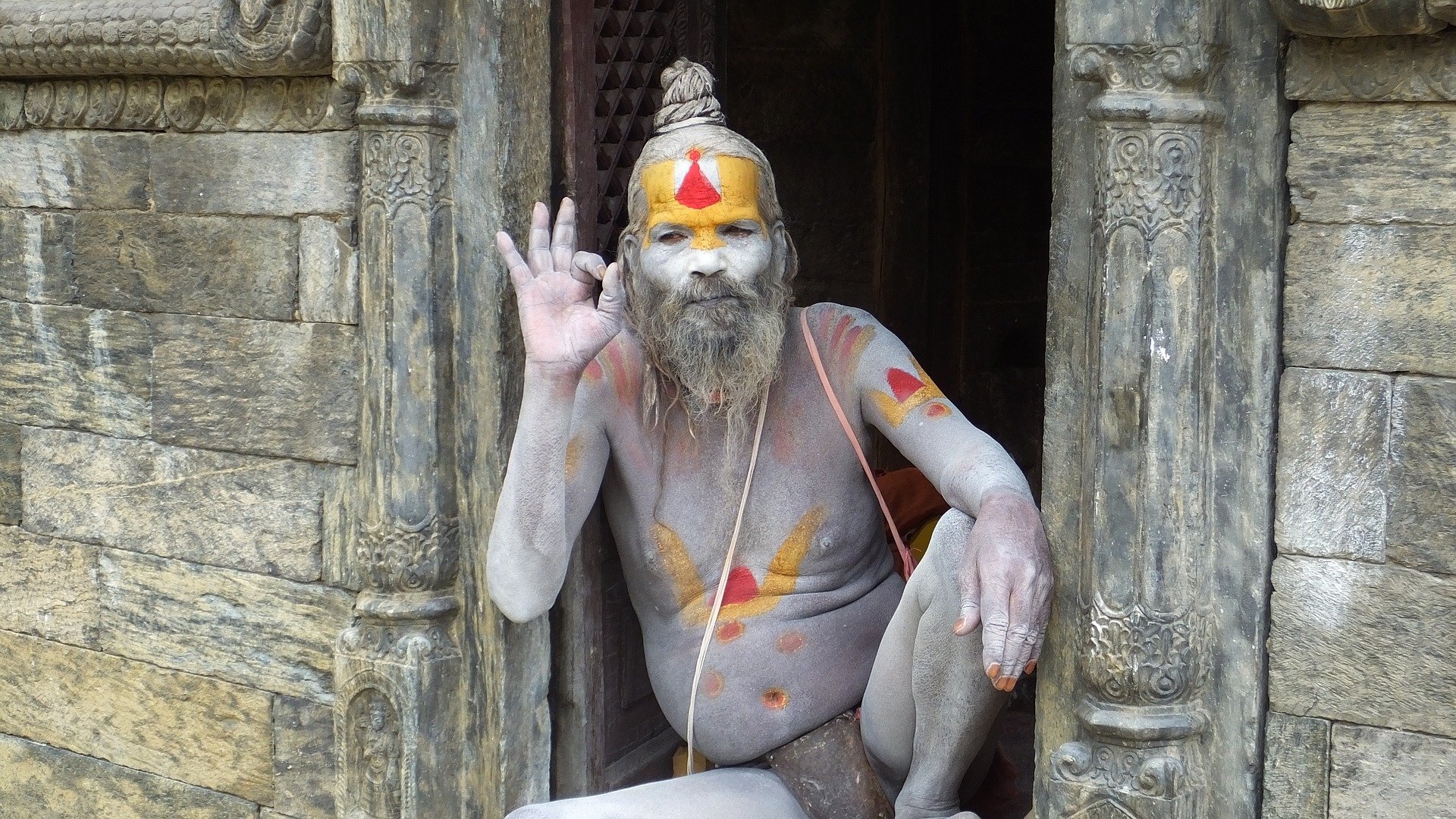 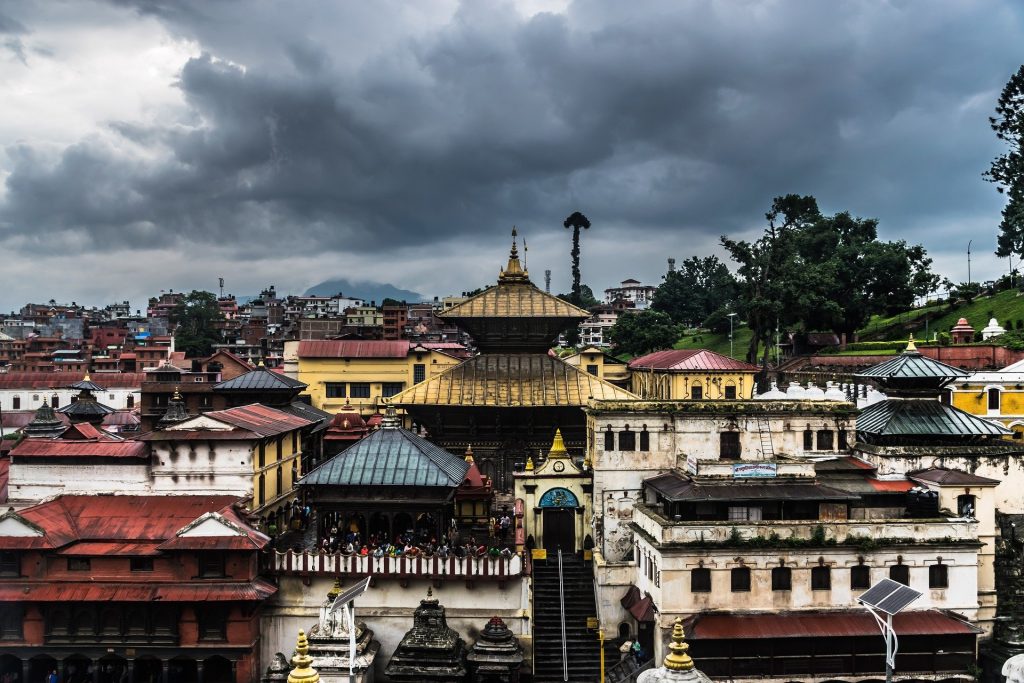 Pashupatinath temple was build in the 15th century by Lichhavi King Shupuspa. Pashupatinath has its own history in it and is one of the most popular temples in Kathmandu valley. The temple is the oldest Hindu temple in Kathmandu. The temple is designed in the pagoda style of Nepalese architecture with Linga or the holy symbol of Lord Shiva. It is located on the inner heart of Kathmandu valley on the side of Bagmati river with the coordinates of 27°42’35” N and 85°20’55”E. It is listed as a UNESCO world heritage site in 1979.

Pashupatinath temple is a place where most of the Hindu rituals are practice, giving a chance for a visitor to feel the spirit of life, death, and reincarnation.

The temple is designed on a square base platform with a height of 23 m 7 cm from base to top. It has four main doors. The western entrance is the main entrance to the temple while the other three gates are only opened during festival times. The area of the temple covers a large area of over 264 hectares. There are not less than 518 temples within its premises. The main Shiva Linga inside the temple is covered with silver sheets, making it one of the richest cultural heritage of Nepal. There is a huge image of a Nandi, the bull at the western gate. Similarly, several monuments of Vaishnav and Shaiva tradition are located within its area. There are two courtyard houses, an inner courtyard, and the outward courtyard. Inner courtyard houses are dedicated to Vasuki Nath, Unmatta Bhairav, Surya Narayan, Hanuman, 184 Shivalinga, and more. The outer courtyard houses dedicated to Lord Rama, the 12 Jyotirlinga and the Guhyeshwari temple, and more.

There are many mythologies regarding the existence of the temple. In past history, the Lord Shiva’s image was formed under the ground for many years. Every day a cow used to come there and gave her milk to this place, the owner of the cow noticed that the cow stopped giving milk for many days so the owner keeps eye on the cow and the owner found the place where the cow was giving milk. Then, the owner dug the place and found the Jyothirlingam of Lord Shiva. After that, a number of other owners of cows used to gather to that and used to worship the Lord Shiva Jyothirlingam. As time passed, Pashupatinath became more famous and people started the traditional worship religiously.

Besides these, there are many other traditional stories about the temple:

After the completion of 18 days Kurukshetra battle, the winner Pandav’s wished to make reparation for committing sin by killing the same blood relatives and brahmins. So Pandav’s decided to pass these sins to their descendants and they went to Banaras to achieve the blessing of Lord Shiva. However, it was said that Banaras was the favorite place of Lord Shiva but he was not happy with the battle of Kurukshetra so Lord Shiva decided to stay away from them and changed his appearance as a bull(Nandi) and left for the Himalayas. After a few months, Pandav’s were unable to see Lord Shiva so they too headed towards the Himalayas. Bhim the second brother of Pandav assumed that Nandi must be Lord Shiva and able to counter. Bhim tried to catch the bull by graving the tail but within a second it was disappeared. Later Lord Shiva reappeared as different parts of a bull in a different location like tail in Kedarnath, naval in Madhyamayeshowor. The head part was found in Doleswor Mahadev in Bhaktapur Nepal. So, people have a belief that Pashupatinath is the part of the head and is a place where Pandav’s were blessed by Lord Shiva.

Pashupatinath temple is opened from 5 am to 12 pm in the morning time and while the temple remains open from 5 pm to 7 pm in the evening for devotees. The temple remains closed in the middle of the day. Visitors should reserve about 90 or 120 minutes to visit a temple. It consists of 492 small temples.

During the festivals like Shivaratri, Teej, Bala Chaturdashi, the temple is most visited. Mostly thousands or more people visited from all over the world. There are four priests who can Lord Shiva idol. There are Bhatta priest who carries out daily rituals work and the one who can touch the Lord Shiva Linga whereas Bhandari’s are the one who helps and take care of the temple, they are not allowed to touch the Linga. 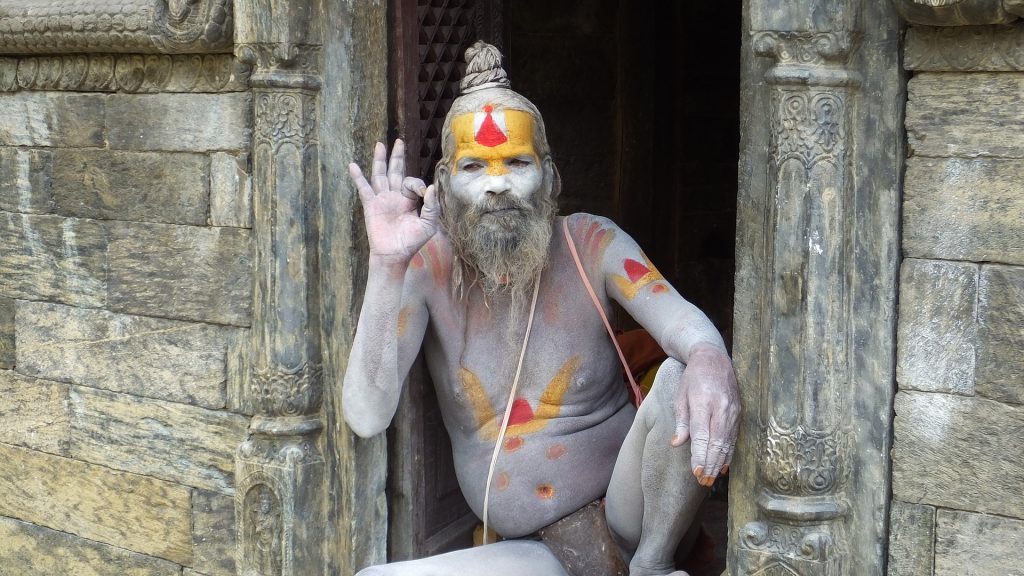 Since most of the foreign tourists visit Pashupatinath often regularly. For them to enter the site of the temple, a foreign tourist needs to pay an entrance fee of 1000 Nrs(about $10 USD).

How to reach the Pashupatinath temple?

Regarding the distance, it is 1.5 km from the Gaushala Bus stop. The bus fare from Airport to Gausala is only 15 rs. You can also hire a bike or taxi. Bus and microbus are easily available from any part of the valley. The main temple does not allow any non-Hindu visitors to its main temple premises.

Many organizations are involved in developing and protecting the Pashupatinath temple by organizing different projects and plans. Currently, the Pashupatinath temple area development trust is developing and managing the whole temple area. Cleanings are also done by these trusts. The main temple complex remains safe and sound during the massive earthquake, but while some damages occur in old monuments.

If you want to know more about the temple then visit the official website. https://pashupatinathtemple.org