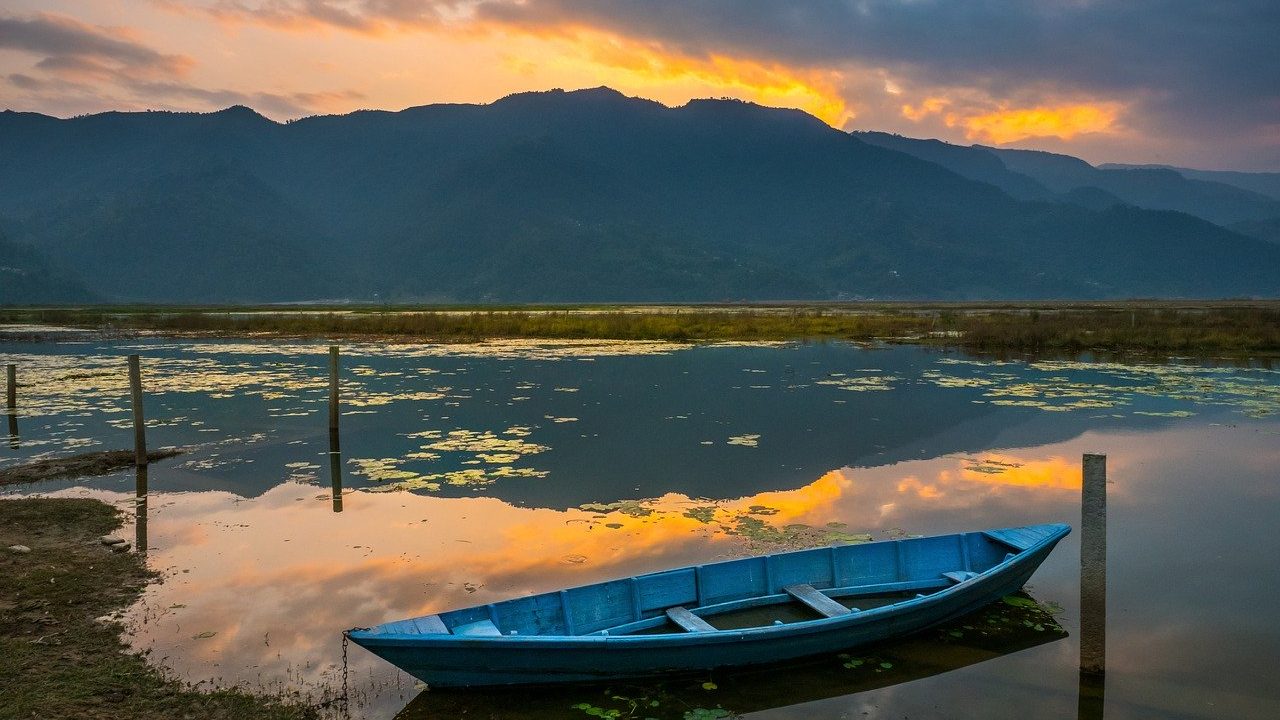 Every year thousands of tourists visit Pokhara to see its natural beauty and unique culture. The tourist travels around the country to see the new things that are so familiar to us. Those same old hills, rivers, valleys, lakes, mountains, ethnicity and society are common for us whereas wondrous for them. They appreciate the beauty of our country and take back with them the memories. Even if our heritage, culture and natural beauty do enough to make them take the good memories, we should work harder so that they could never forget that they had visited our country and want to come again and again. For that, we should work on cleaning our cities and protecting our heritage and natural beauties.

A place full of adventure, natural beauty, and a friendly environment is the one you look forward to when you are thinking about traveling. The perfect place which satisfies your need is Pokhara, one of the largest cities in Nepal after Kathmandu and Biratnagar. It lies in the center of the Kaski District. Pokhara is probably the most beautiful place with beautiful mountain peaks eyeing down at you and immensely calm lake glimmering along the valley. Pokhara is a very famous tourist destined place that holds about 55.22 sq km of total area. It is located at the altitude of 727 meters to 980 meters and about 200 km west from the country’s capital Kathmandu. There are three mountains (Dhaulagiri, Annapurna, and Manaslu) among the world ten highest mountains of the world within 30 miles of the city.

There are many lakes that attract tourists along with caves, gorges, and canyons. Interestingly many new things a traveler looks for. Along with that because of the various reasons the climate varies from parts to parts which are other amazing things to experience along with its historical and religious importance. Pokhara is full of life with luxurious resorts to expensive areas to shop in and is the most expensive city in the country with the cost of living index of 95. If Kathmandu is the cultural hub of Nepal, then Pokhara is the center of adventure with many things to do. Entertainment and nightlife are not much as most of the shops shut down at 10:30. On various occasion, there are different programs and concerts takes place which is fun to be around.

Geographically, Pokhara city is in the northwestern corner of Pokhara valley which is a widening of the Seti Gandaki valley that lies in the midland region of the Himalayas. The municipality of Pokhara spans 12 km from north to south and 6 km from east to west. Unlike the Kathmandu valley, it is loosely built up and has more green areas which make it a beautiful place to travel. The valley is divided into four to five parts by the rivers Seti, Bijaypur, Bagadi and Fusre. The area of the valley is plain and resembles Terai due to its gravel-like surface. Surrounded by hills the valley, the city looks enchanting and mesmerizing.

The famous city has a tourist district along in the north shore of Phewa Lake (Baidam, Lakeside, and Damside). It is mainly made up of small shops, non-stars tourist hotels, restaurants, and bars. Most upscale and starred hotels are on the southern shore of the Phewa Lake and southeastern sides of the city. This area has more open lands where one can see beautiful mountains without any hindrance in the middle. There are many smaller lakes in the eastern part of the valley in Lekhnath municipality.

The beautiful city is known for the frequent rainfall and its subtropical climate too. In this region, the mountains rise very quickly and due to the elevation, the temperature in the valley is moderate. In the same way, due to the sharp rise in the altitudes, Pokhara has one of the highest precipitation rates in the country. There is a noticeable difference between the north and south of the valley which results in precipitation rates being higher in the northern part of the valley. Pokhara and nearby areas receive a high amount of precipitation. Lumle receives the highest amount of rainfall. Most precipitation occurs during the monsoon season that is July-September.  Summer temperatures average between 25 to 33 °C, in winter around – 2 to 15 °C. Summers are humid and mild whereas winter and spring skies are normally clear and sunny. Snowfall is not likely to be observed in the valley whereas surrounding hills occasionally experience snowfall during the winter season.

In 1786 Prithvi Narayan Shah added Pokhara into his kingdom of Kaski as one of the 24 Kingdoms of Nepal. There are still some medieval ruins in the hills of Pokhara. From that period of time, Pokhara had become an important trade route from Kathmandu to Jumla and India to Tibet.

In the mid 18th century, Pokhara was envisioned as the commercial center by the King of Kaski. Many people from Newar society came from Bhaktapur to Pokhara to reside in response to the invitation of the King himself. Even if there were more of the so-called higher-caste people in Pokhara like Brahmin, Chhetri, and Thakuri in those days, the establishment of a British recruitment camp brought larger Magar and Gurung communities in Pokhara. At present, the Khas (Brahmin, Chhetri, Thakuri, and Dalits), Magar and Tamu (Gurung) form the dominant community of Pokhara.

There is also a sizeable Newari population in the city with a Muslim community on the eastern side generally called Mya Patan in Pokhara. Similarly, Gandharvas or Gainey’s community is located at the far north of Pokhara at Batulechaur. Long ago, Pokhara was considered a mystical place and the towns were accessible by foot only. In 1968, the first was completed known as Siddharth Highway which set the tourism in the area and now it is the famous city around the country.

Pokhara has contributed many more things than beauty. Other than its charismatic beauty, Pokhara has its cultural treasure in store. The immersion of Lok Geet and folk songs started from Pokhara. Artists such as Jhalakman Gandharva and Dharma Raj Thapa are considered to be the first one to introduce folk music in mass media in 1950 through Radio Nepal.

Famous Nepathya band from Pokhara brought a new revolution with their fusion of folk and western music. Along with that, the famous Panche Baaja is from Pokhara as well. Along with the musical treasure, Pokhara has many temples and Gumbas where Hindus and Buddhists have combined places to worship. From 1959-1962 about 300000 people entered Pokhara from the neighboring country, Tibet following its annexation by China. So, there is a measurable Tibet community in Pokhara who has well-built settlements as Gompa and Chorten.

Having such ethnicity and various people from different communities, Pokhara is full of culture and tradition and it has many new things in for the travelers who want to know the different societies and get along.

Pokhara has become a major tourist destination in the world as is also known as the tourism capital of Nepal. It has become center mainly for adventure tourism and base for the famous Annapurna Circuit trek. Because of the breathtaking Himalayas views, picturesque lake, and moderate climate, there are thousands of domestic as well as international tourists every year. Thus, the major contribution is the economy comes from the tourism and hospitality industry. Due to the rapid urbanization, the tourism industry has flourished in the valley. The main source of income is tourism industry for the local people.

Similarly, it has also helped many of the guides and trekkers to increase their revenue as the tourist flow has been increasing yearly. Because of the devastating earthquake that took place in Nepal, there have been many losses of lives and property which includes the loss of our international tourists as well. The flow has been reduced and with the change in time, we hope we will recover from it very soon. As Pokhara has not been affected much the natural beauty and heritage remain the same and not much destruction has been seen.

The roads to Pokhara are very good and are pitched roads. You can easily fly to Pokhara by air from Tribhuwan International Airport (TIA) of Kathmandu in half an hour. Similarly, by road, it will take about 5/6 hours. When you reach Pokhara, you can easily get a public vehicle or a taxi to reach to your desired place. Public transport includes local and city buses, micros and microbuses and metered taxis.

There are many domestic and international airlines that operate flights to Kathmandu and Mustang. Flights from Kathmandu to Pokhara can be booked online from Nepal Domestic Flights.

Hotels and Lodges in Pokhara

When you enter Pokhara, one does not have to worry about lodging and staying as you can see a tremendous number of hotels and lodges in the small city of Pokhara as you enter. There are numerous hotels which one can book online or by the call. One can know every detail and can book the room even before reaching there.

There are four, 5-star hotels in Pokhara namely; The Fulbari Resort Casino, Golf and Spa, Hotel Pokhara Grande, Fulbari, and Shangri-la. Along with that, there are twenty-four 3-star hotels with more than fifteen 2-star hotels. One can find more than 250 non-star hotels all over the city.

One can stay and enjoy the lakeside view by lodging in the lakeside area hotels. So, there is not much of a problem in having to stay at the hotel as one can prefer the hotels as per their need and affordability.

Places to visit in Pokhara

Now you have entered Pokhara knowing its common information about where it is and how it seems to be. It’s the real-time to visit and travel around the beautiful city you have been hearing so much about. There are so many places that are so beautiful you never want to leave. So, here are of some the famous places that one can visit in Pokhara:

There are many museums in the city which reflects the cultural and natural value of the city. There are four museums:

Rivers and Lakes in Pokhara

Temples and Gumbas in Pokhara

Similarly, some of the Temples and Gumbas which might not be as famous as the other but has value no less than them. Some of them are:

Things to do while you are in Pokhara