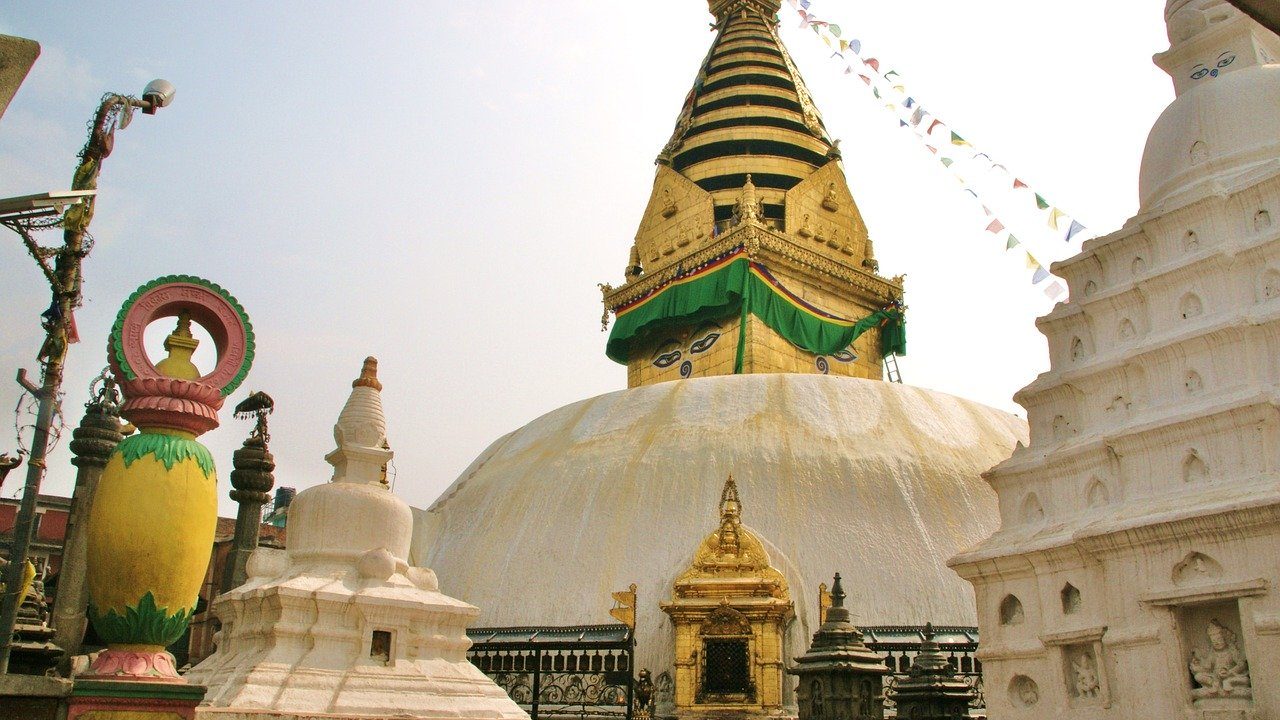 Nepal is one of the few must-visit countries in the world. The beauty of Nepal lies in the unique combination of the Natural, Cultural, and Traditional novelty of the country. Kathmandu is popularly known as the City of Temples. It is also the Capital city of Nepal. Kathmandu valley has its history with several important cultural heritage sites that reflects one of the oldest civilization of the world. UNESCO World Heritage site has enlisted four temples inside the Kathmandu Valley. Besides these, many other famous temples carry a long history of the cultural and religious novelty of Kathmandu valley natives, especially the Newari community. The five famous temples to visit in Kathmandu valley are as follow

Pashupatinath temple was built in the 15th century by Lichhavi King Shupuspa. Pashupatinath has its history in it and is one of the most famous temples in Kathmandu valley. It is the oldest temple in Kathmandu. It has a pagoda-style of Nepalese architecture with Linga or holy symbol of Lord Shiva. It is located on the inner heart of Kathmandu valley on the side of the Bagmati river with the coordinates of 27°42’35” N and 85°20’55” E. UNESCO listed the temple in the list of the world heritage site in 1979.

The temple is designed on a square base platform with a height of 23 m 7 cm from base to top. The temple has four main doors. People enter the temple through this western door, which is the main entrance to the temple. The other three doors get open only during the festivals. People do have belief, faith regarding this temple. So, it is one of the most popular and famous temples to visit in Kathmandu.

During the festivals like Shivaratri, Teej, Bala Chaturdashi, the temple is most visited. Mostly thousands or more people visit from all over the world. There are four priests, who can Lord Shiva idol. There is a Bhatta priest who carries out daily rituals work and can touch the Lord Shiva Linga. Bhandari’s help and take care of the temple, but they are not allowed to touch the Linga.

The entrance fee is free for Nepalese, Indians and Hindu religion followers. However, foreigners have to pay NRs 1000, which is about 10 USD. The temple can be reached in 10 mins walk from Gausala Bus stop. The bus fare from Airport to Gausala is only 15 Nrs.

Swayambunath is one of the most visited temples in Kathmandu valley. It was founded about 2000 years ago, located at the top of the west of Kathmandu valley. It is also known as ‘Monkey Temple.’ Swoyambhu means ‘self-existent one.’ It is one of the oldest religious places to visit in Kathmandu. According to Gopalarajavamsavali, the great grandfather of king Mahadeva (464-505 CE) king Vrsadeva founded Swoyambhunath in 5th century CE. Emperor Ashoka visited the site and built the temple, but later it was destroyed. In May 2010, the stupa got a complete renovation.

Buddhist are the primary concern of the site; however, both Buddhists and Hindus visit the place as well. The structure of Swoyambunath consists of stupa, temples. The stupa has the design of Buddhas’ eyes and eyebrows and consists of a nose. You can visit Swoyambhu from two doors. One is a long stair with 365 stairs which leads us directly to the temple, and another way is with vehicles to the south, which leads to the south-west gate.

There are many monuments to see in this area. ‘Thunderbolt’ is the huge gold plate vajra set on the east side of the stupa. The west side of Swayambhu has a Buddha statue and the sleeping Buddha. The bronze icon of Buddha and traditional Tibetan painting is known as ‘Dewa Dharma Monastery.’

This place is also called ‘place of peace’ where you can get all peace and meditation from the inner core of the heart. A vast crowd of people appears around the temple during the festivals like Buddha Jayanti and Losar. During such festivals, people from all over the country and mostly from Tibetian area tourists visit this place. It is one of the holy places to be visited by Buddhists and enlisted in the ‘world heritage site.’

It is 7km above from the Kathmandu valley and 6km to the west from the city center. For Nepali citizens, it is free, and for the foreigners, its NRs 200 except for Indians, who have to pay only NRs 50. You can reach Swayambhu either from microbus or taxi which are frequently available at Ratnapark.

Changunarayan is one of the religious temple located in Bhaktapur district. It is about 12 km east of Kathmandu. It is one of the famous and oldest temples in Nepal. The temple is called ‘Changu Narayan’ because the Kashmiri king gave his daughter Champak to the prince of Bhaktapur. A tree called ‘champak tree’ mostly surrounds the temple and primarily the Newar community lives around the temple. The temple is designed in the traditional pagoda style of the Nepalese temple. The temple is mainly related to Lord Bishnu where you can also find minor temples of Lord Shiva, Kileswor, Krishna around the temple area. There are four gates for the entry to the temple. The entry gates have snake sculptures. Similarly, you can also find statues of Chakra, Sanka, Khadga at the top of the pillar.

UNESCO world heritage site has also enlisted this temple. The entry fee to the temple is NRs 300 for foreigners except for Indians. They have to pay NRs 100 as an entrance fee. For accessibility, you can find a bus in Kathmandu that will take you to Bhaktapur. You can change the bus to Bhaktapur and find another bus to Changunarayan. You can also take a taxi which takes Rs 800 from Kathmandu and taxi from Bhaktapur takes Rs.250 approximately.

Kastamandap is in the heart of Kathmandu city, Hanumandhoka Durbar square. Kastamandap means ‘wood pavilion.’ So, people believe that Kathmandu got its name after this temple. Kastamandap is three-storeyed and is made from the log of a single tree. The temple is one of the excellent examples of art and culture of Nepal, which was built without any metals. Kastamansap temple is designed with wooden frames and consists of the idol of Goraknath and Lord Ganesh. Temple is open anytime, and any religious people can enter the temple.

Laxmi Narasimha Malla built Kastamandap in the 12th century, which represents the art and architecture of Nepal. It is one of the significant cultural heritage of Nepal.

There is folklore that when saint Goraknath entered in Kathmandu valley to attend the Chariot of Machhindranath, he was recognized by a Tantrik. Then he imprisoned him, then Gorakhnath made a deal with Tantrik that he would provide him with a material to build a wooden temple. Since then, the temple is dedicated to Gorakhnath, and it has an idol of Gorakhnath inside the temple.

Budhanilkantha Temple is 9 km north of Kathmandu valley, just below Shivapuri hill. It is a Hindu temple of Lord Bishnu, and the main statue of the temple is the largest Stone statue in Nepal. Bishnu Gupta brought the statue during the 9th-century monarchy. Budhanilkantha temple is also known as sleeping, Bishnu Temple.

The Budhanilkantha stands for ‘old Blue Throat.’ In the ancient time, Lord Shiva drank the poison of the ocean, which later turned his neck blue. To eradicate the burning of poison Lord Shiva jumped himself into lake Gosaikunda. Since then the water comes in Budhanilkantha tank, so it is dedicated to Lord Bishnu. Many people visited this temple during Hari Bodhani Ekadashi usually in the month of Kartik in the celebration to awake Lord Bishnu from his long sleep. Hindu mostly visits this place and Buddhists too visit this temple. The statue of Lord Bishnu is black stoned, which is 5m tall and 13m long resist in the middle of the water. People can often visit this place by routes available from Kathmandu, or one can hire a taxi.